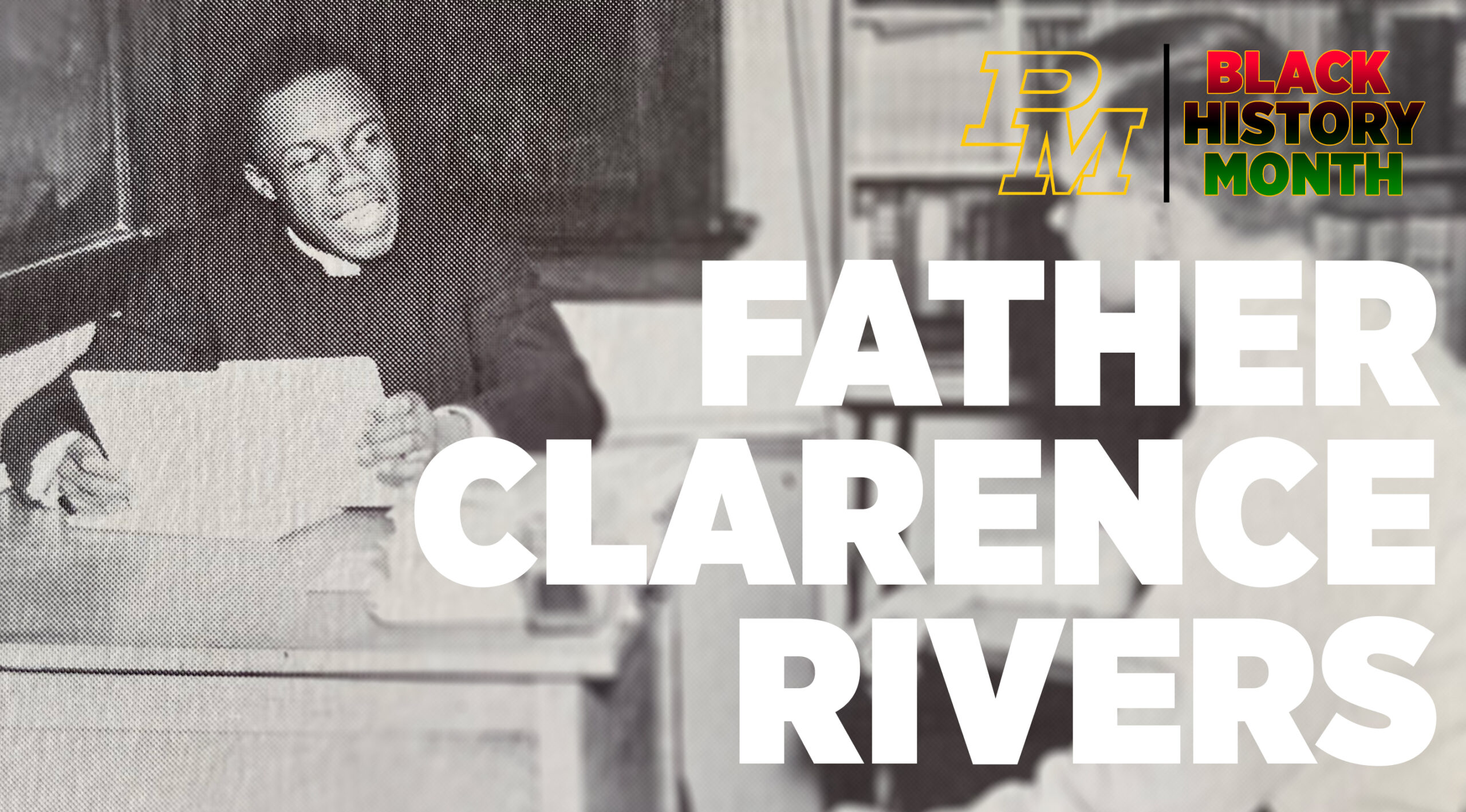 Purcell Marian is proud to celebrate Black History Month and share the stories of people who have shaped the school we have become. Today, we celebrate Father Clarence Rivers.

Students at Purcell High School in the late 1950s and early 1960s knew Father Clarence Rivers as their English teacher, Guidance Counselor, or Queen's Men theater director. They might not have known that he was the first Black priest ordained in the Archdiocese of Cincinnati and would be remembered as a national pioneer in the Catholic Church.

Father Rivers, who was born in Selma, Alabama, in 1931, moved with his family to Cincinnati while in the fourth grade. He decided to pursue the priesthood in high school and entered the Athenaeum of Ohio, where Father Rivers earned a master's degree in Philosophy. He went on to do graduate studies in English literature at Xavier University and Yale University, speech and drama at The Catholic University of America and, liturgy at the Institut Catholique in Paris. Father Rivers earned a doctorate in Black culture and religion from the Union Institute and University.

Father Rivers rose to prominence in 1963 after he released his "An American Mass Program" compositions, which "blended Gregorian chant with the melodic patterns and rhythmic traditions of Negro spirituals" while he was serving as pastor at St. Joseph Church in Cincinnati. In 1964, he performed his communion song "God is Love" at the National Liturgical Conference in St. Louis, which earned him further praise.

His most important contribution may have been infusing Black culture into the Catholic Church. According to St. Joseph Catholic Church, Rivers "transformed traditional Catholic liturgy by bringing the riches of African American culture to be appreciated and respected as a means of expressing one's faith ... Rivers was able to strike a balance between the beauty of earlier Catholic liturgy with the contemporary liturgy he composed that invigorated faith for all, especially those who struggled within a traditionally white European framework. He found a creative way to honor and preserve the past traditions while introducing more culturally meaningful ways of worship."

In Fall 2021, a podcast focusing on Father Rivers's life and works was released, called "Meet Father Rivers." A link can be found below.