From Hackberry to Harvard 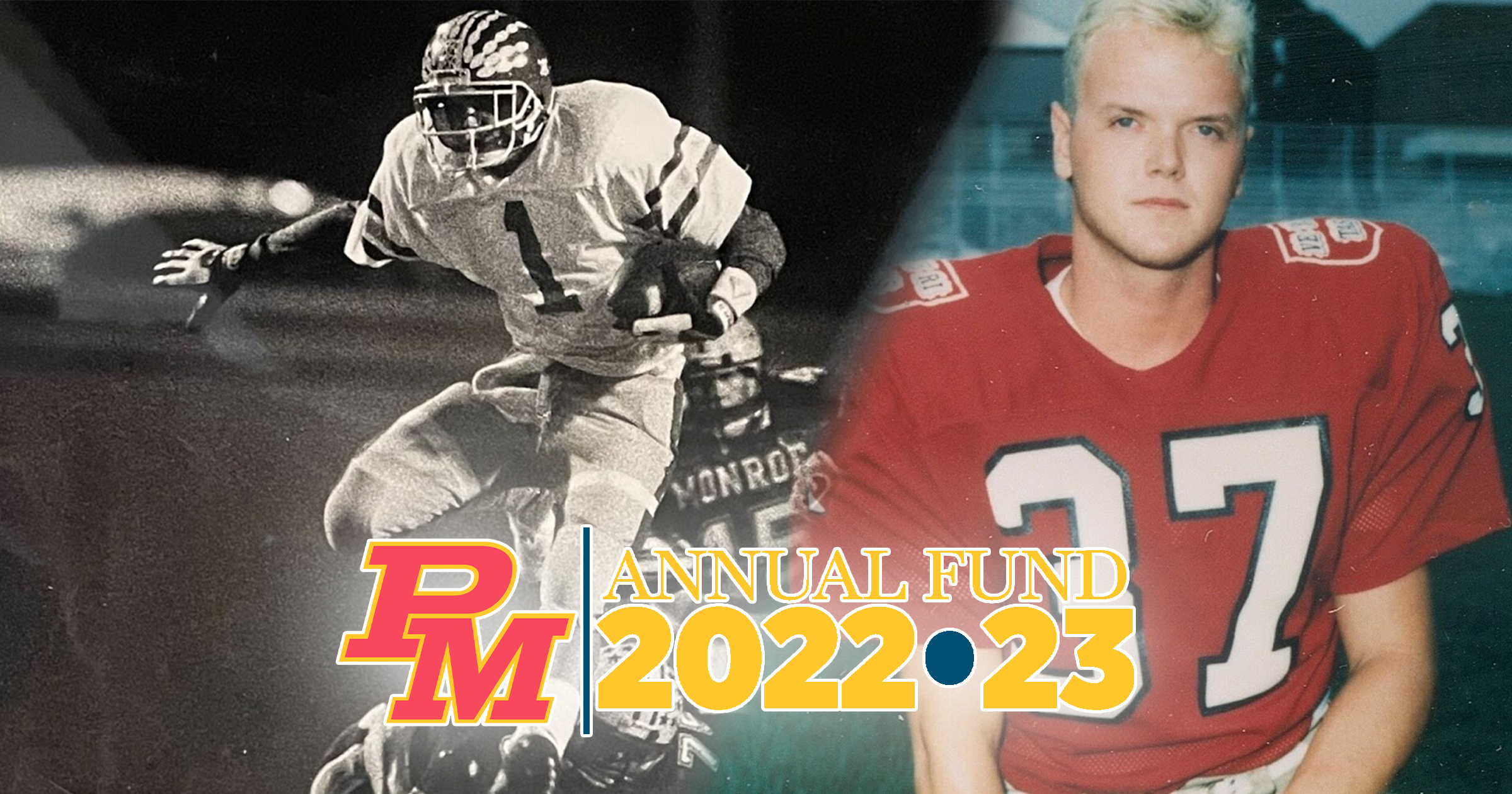 As a recent Athletic Hall of Fame Inductee this year, Rich reflected on his time at Purcell Marian, and why he still supports the Castle:

While Rich says he doesn’t remember a lot of games, we certainly do! He was a member of the 1986 state championship football team, and supported his varsity teammates the year boys basketball won their own state championship in 1985.

After graduating from Purcell Marian, Rich then went on to Harvard University, where he played football as well. He continued his education and went to University of North Carolina - Chapel Hill and received his MBA in 1995.

Rich credits much of his success to his upbringing and the support he found at Purcell Marian High School.

“All the teachers, all the coaches. I had wonderful opportunities. Without those opportunities, you don’t get to develop the way that I did.”

The Cavalier is halfway home! Our beloved Cavalie

Don’t make the Cavalier throw you out. Give to S

The Cavalier decided to visit our old home and pra

We wish everybody a peaceful day. Happy Thanksgiv