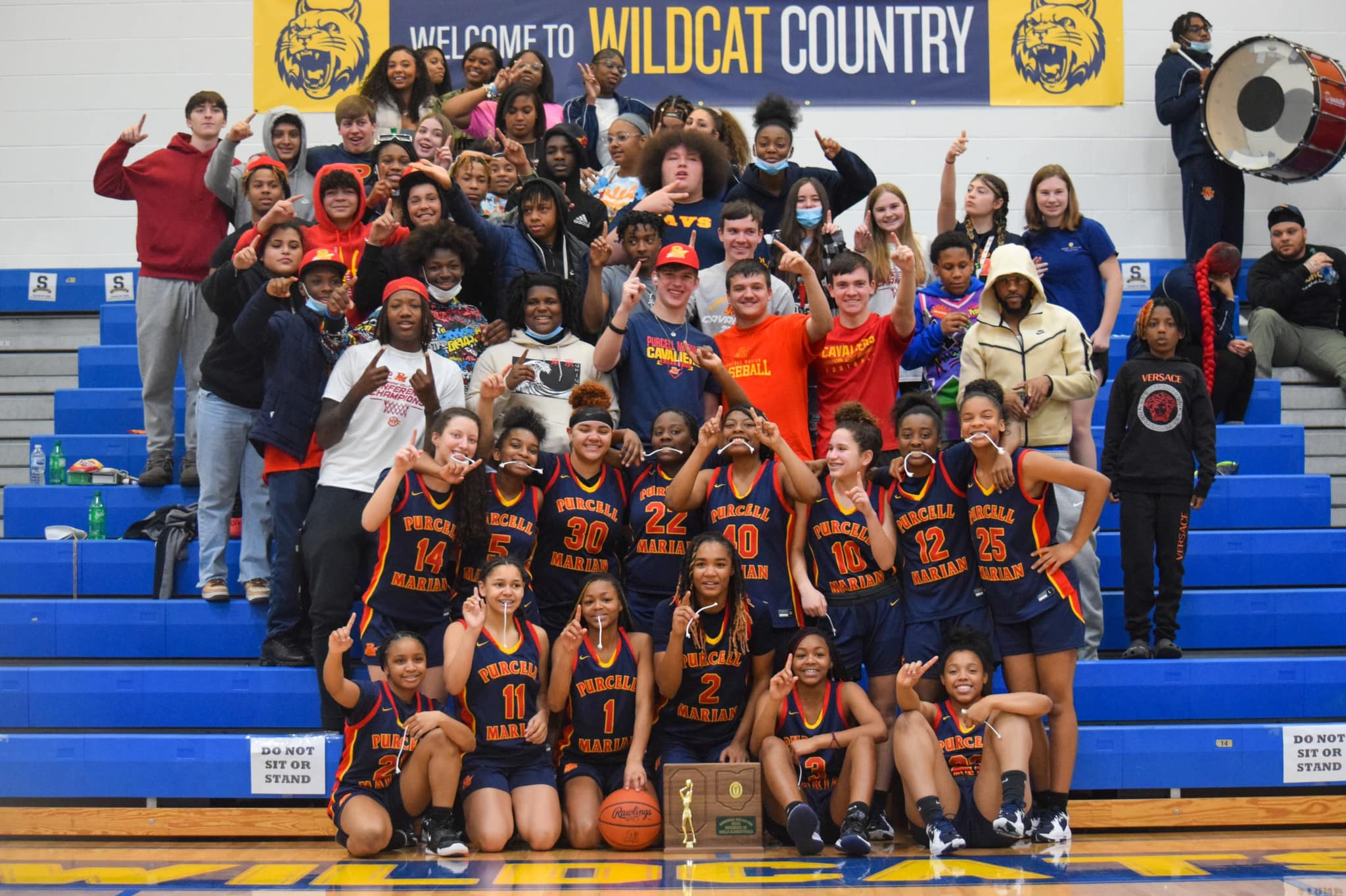 Purcell Marian High School is inviting alumni, family, friends, and the community-at-large to join them in sending their regional champion girls basketball team off to the State Semifinals on Thursday, March 10, 2022.

All are invited to line the South Entrance and the Eveslage Athletic Center Gymnasium on Hackberry Street on Thursday morning at 8:45 am to cheer the team as they board their team bus. The expected time of departure from campus is 9 am.

Following the team's departure, all Purcell Marian students will undergo "Cheer Training" to prepare to cheer their team to victory while decorating their faces, hair, and shirts in school colors to support the girls basketball squad in their semifinal game. The entire student body, faculty, and staff will be boarding buses at 9:45 am to travel to Dayton as a united school community.

"This is an opportunity to experience normalcy for our students who have missed out on so much the past two years, and to do so in an extraordinary way with our entire community celebrating the outstanding achievements of this group of students," says Principal Andy Farfsing on taking all 360 students and 50 faculty and staff members to Dayton. "This is what pride and school spirit look like. This is what it means to be a Purcell Marian Cavalier. You show up, and you support your classmates. You create memories together. We wouldn't miss this."

The Cavaliers, who are making their second consecutive Final Four appearance, are led by Head Coach Jamar Mosley, the Southwest District Division III and District 16 Coach of the Year.

The Purcell Marian girls basketball team will take on Belmont Union Local at 12:00 pm Thursday in an OHSAA Division III Semifinal game at the University of Dayton Arena.