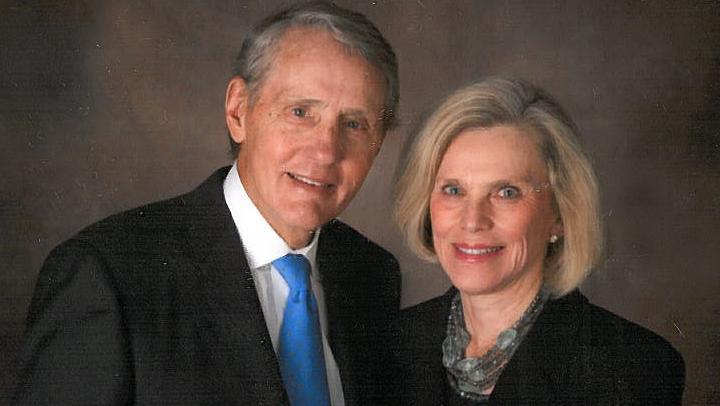 Currently under construction, Staubach Stadium, will be the first on-campus home field for athletics in the history of the 94-year-old school. The Fath’s million-dollar match comes as the school works to raise the final dollars to ensure stadium seating and lights are installed by August 2023 - in time for the first home game.

Staubach Stadium is named in honor of NFL Hall of Famer Roger Staubach. Staubach was a 1960 Purcell High School graduate. As a standout quarterback, he won a Heisman Trophy at the United States Naval Academy. After graduation, Staubach served a tour of duty in Vietnam before playing for the Dallas Cowboys, where he appeared in four Super Bowls and won two Lombardi trophies.

Unlike Staubach, neither Mr. nor Mrs. Fath are alumni of the school. The Fath’s however, have been dedicated supporters of numerous Cincinnati civic organizations including CISE, Cincinnati’s Catholic inner-city school initiative, for decades. Since the 1980s, CISE has worked to fight income inequality and poverty through access to quality Catholic education. Mr. Fath is an Emeritus trustee of CISE, and more CISE students matriculate to Purcell Marian than any other Catholic high school in Cincinnati.

“Nothing in civilization is more important than giving deserving people an opportunity to improve their lives,” said Mr. Fath.

“I am incredibly grateful to Mr. and Mrs. Fath for their generosity and commitment to Purcell Marian. Their million-dollar match not only signals their belief in our school but in the positive future our students are creating here. I’ve continued to say that this project is more than a field for us, but a completion of our campus, an outdoor classroom, a safe place for our students to compete and learn, and an asset to the East Walnut Hills community,” said Principal Andy Farfsing.

The school plans to host community soccer, football, and lacrosse teams and tournaments, and the field will welcome nearby students from St. Francis de Sales, a K-8 Catholic CISE grade school with whom they share a parking lot.

Donations to Staubach Stadium will be matched dollar for dollar by the Fath’s, now through December 31, 2022, or until the fundraising goals are met. To support, visit www.purcellmarian.org/staubachstadium.

Architects for this project are MSA Design + MSA Sport. Messer Construction is the general contractor on the project.