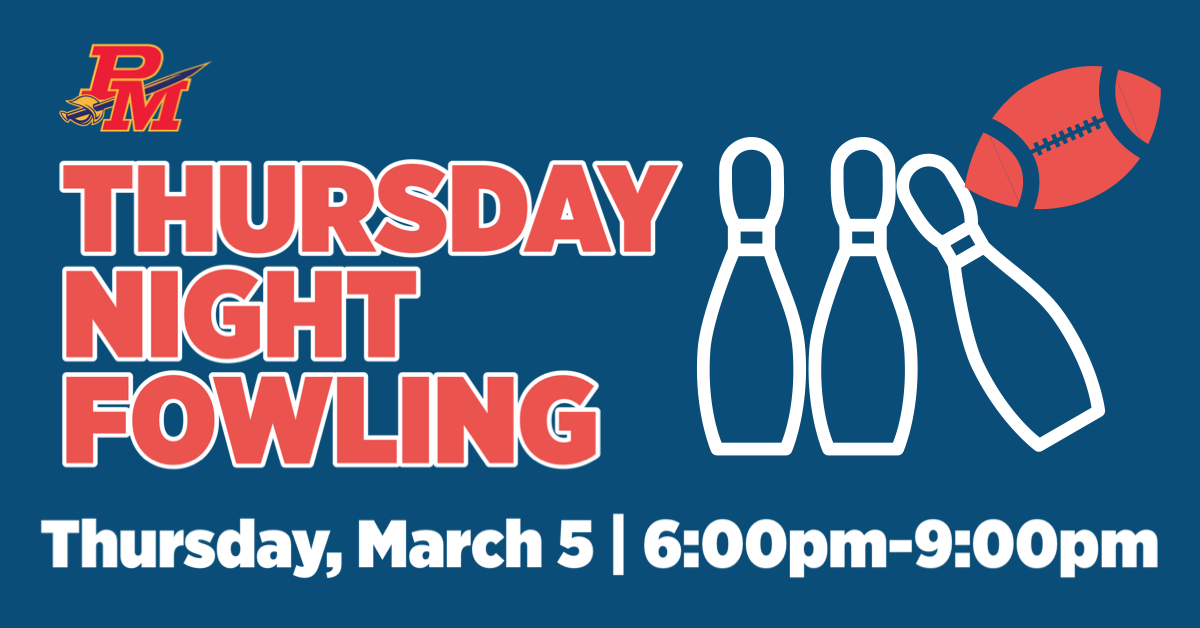 As Purcell Marian athletics usher in a new era with the move to the Miami Valley Conference, the athletic department and advancement office are excited to introduce a new era of fundraising. For years, the Purcell Marian Monte Carlo night was the highlight of the school's athletic fundraising efforts. Thursday Night Fowling is PM's exciting new twist on the classic event.

The inaugural TNF, scheduled for Thursday, March 5, from 6:00 pm-9:00 pm at the Fowling Warehouse of Cincinnati, will benefit the growing athletic department of Purcell Marian. Since 2017, participation in sports at the Castle has increased by 52%. All proceeds raised during the event will go towards ensuring PM student-athletes have the resources needed to compete during their transition to the MVC in 2021.

Tickets are $30 and include Fowling for the night plus food. Fowling is an exciting sport that combines bowling and football. Teams of two alternate throwing a football in an attempt to knock over the other team's 10 pins. The night will also include raffles and split the pot.

Drinks will be available for purchase. The Fowling Warehouse offers 2 full bars with over 120 beers as well as a full selection of liquor, wine, and non-alcoholic beverages. $1 from each beer sold will be donated back to Purcell Marian.

During Dowdy's time at PM, the school announced the decision to move to the MVC, which will allow the Cavaliers to play more Cincinnati-based high schools and significantly cut down on travel. PM will play in the MVC Scarlet division along with Roger Bacon, CHCA, Norwood, Summit, and Dayton Christian.

In addition to participation growth, the past two years have also seen tremendous success for Cavaliers athletics. In 2019, the Boys basketball team made the state Final Four, while the Girls basketball team advanced to the regional finals.