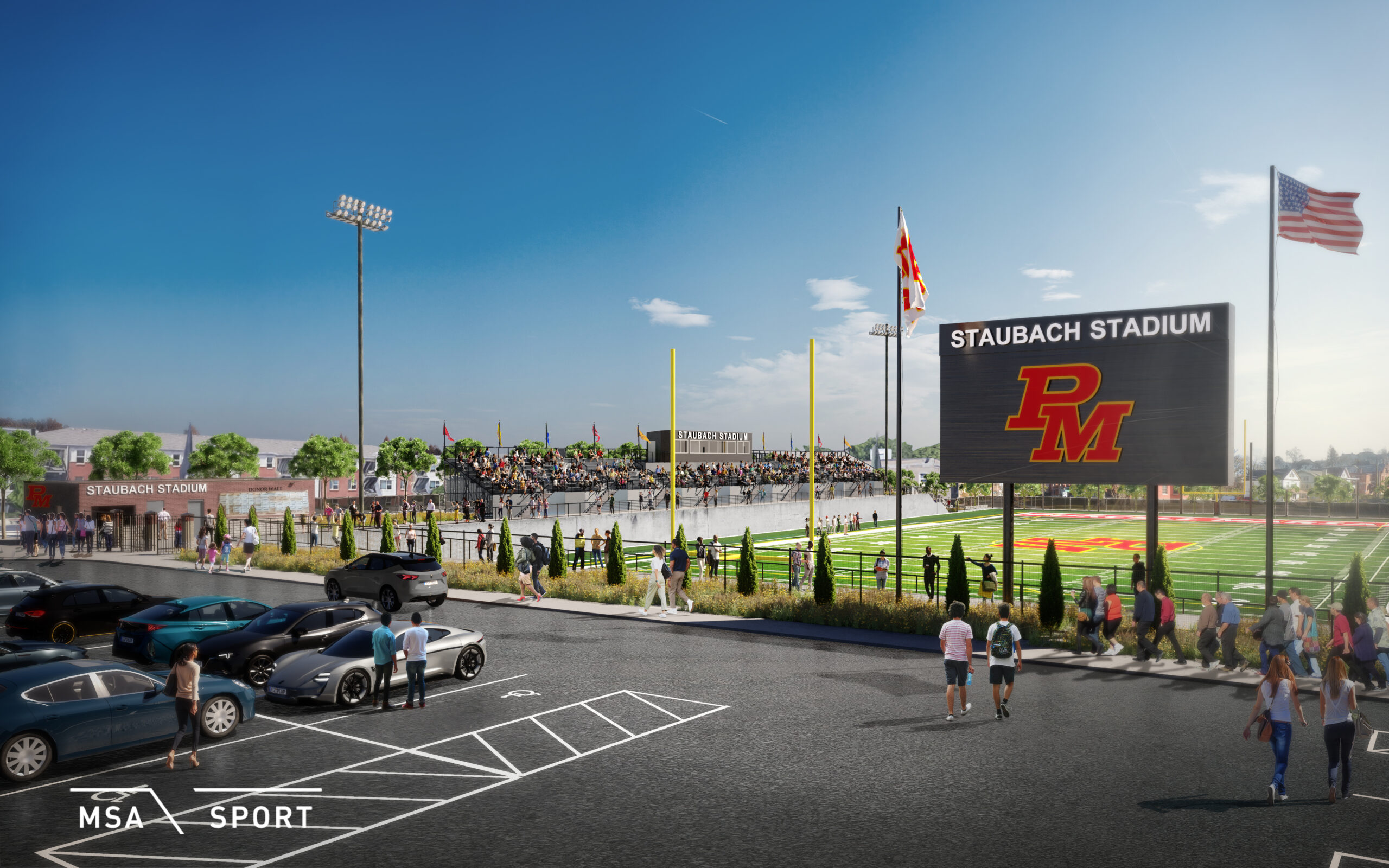 CINCINNATI – Purcell Marian High School is pleased to announce Staubach Stadium as the name of their planned athletic complex, slated to open in the Fall of 2023.

“We are thrilled to have Marianne and Roger Staubach’s support in the naming of this stadium. There isn’t a Cavalier today who doesn’t know who Roger Staubach is. His service to our country, his impact on our school as an alumnus, his success in business, and of course, his incredible career in football, makes this an obvious choice for Purcell Marian High School to honor one of the greatest alumni of all time,” said Principal Andy Farfsing.

Staubach, a Cincinnati-native, grew up in Silverton and was a stand-out athlete at the then-all boys Purcell High School. Surprisingly, he wasn’t always a quarterback. A teammates' untimely injury led Staubach to the starting quarterback position his junior year, where he remained throughout his career. He graduated from Purcell High School in 1960, and went on to play quarterback at the U.S. Naval Academy. As a junior, he won the Heisman Trophy, and upon graduating in 1964, held 28 Naval Academy records.

After four years in the U.S. Navy, including a tour of duty in Vietnam, Staubach joined the Dallas Cowboys as a 27-year-old rookie in 1969. He would play in Dallas for 11 seasons and lead the team to unprecedented success including 23 fourth-quarter comeback wins, 14 in the final two minutes of a game or in overtime, four Super Bowl appearances, and two Super Bowl victories - Super Bowl VI in 1972 and Super Bowl XII in 1978. His honors include NFL Players Association Most Valuable Player and five-time Pro Bowl selection. He retired from professional football in 1979 and under his tenure as quarterback, the Cowboys were 90-31. Staubach was inducted into the Pro Football Hall of Fame in 1985, his first year of eligibility. Purcell Marian inducted Staubach into its inaugural Athletic Hall of Fame class in 1991.

“I would have never believed when I was a freshman at Purcell High School, that all these years later, I would be having the new stadium named after me,” said Staubach from his home in Dallas. “My experience at Purcell greatly impacted my life. I am honored to be part of a project that ensures future generations of Cavaliers are inspired to accomplish their dreams both on and off the field."

Staubach Stadium will be located at Woodburn Avenue and De Sales Lane and is a first for the school in its 94-year history. Student-athletes have practiced and played home games at dozens of fields, stadiums and complexes around Greater Cincinnati since the school's inception. The field, designed by MSA Architects, will be home to football and cheerleading, girls softball, and boys and girls soccer.

“It's a great time to be a Cavalier! For the first time, in our school's existence, our sports teams and school community will have a true place to call home. Staubach Stadium levels the playing field and allows us to elevate our athletic programs. We are thankful for everyone who has contributed to this project and helped make this possible for our students” says DJ Dowdy, Athletic Director and Head Football Coach.

To date, $5.3 million dollars have been raised including a $1 million gift from Harry and Linda Fath for an overall project cost of $6 million. Construction is slated to begin in May. 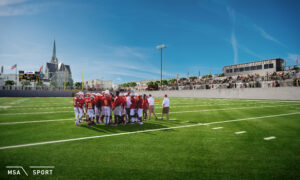 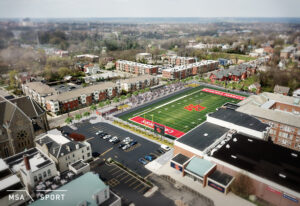 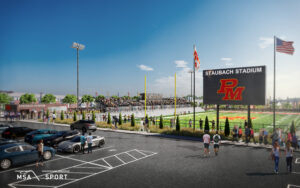 Purcell Marian High School (PM) is an authorized International Baccalaureate World School offering the IB Diploma and the only private, Catholic high school in the Greater Cincinnati region with this distinction. For more than 90 years, PM has served a diverse population of students. Founded on the faithful charisms of The Marianists and Sisters of Charity in 1928 in the historic, vibrant neighborhood of East Walnut Hills, the Purcell Marian family of schools includes St. Mary, Marian, Regina, Purcell, and Purcell Marian High Schools, with 17,000+ alumni. Led by PM Alumnus Principal Andy Farfsing, Purcell Marian is centered on inclusion and preparing graduates for post-secondary opportunities in the global world. Purcell Marian measures success on a 3E Guarantee, which guarantees all graduating seniors are either Employed, Enlisted, or Enrolled at the time of graduation. For more information, visit purcellmarian.org.